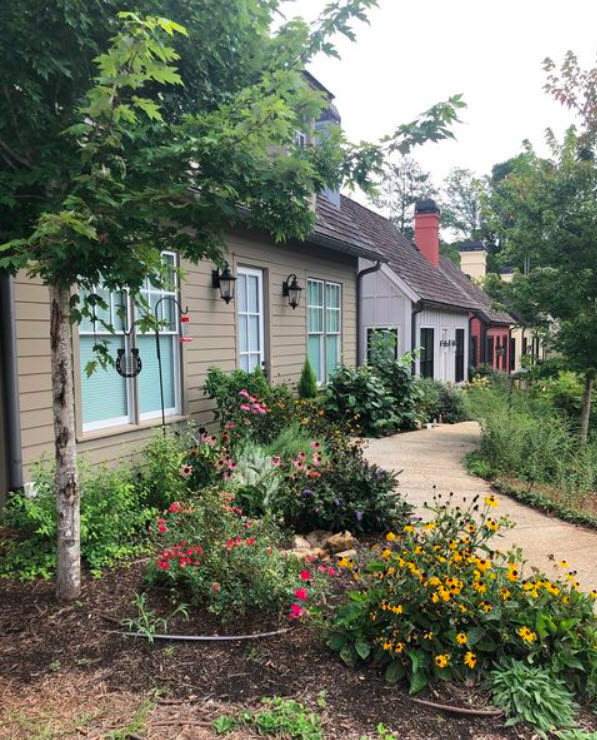 If you know what the IPCC is, you are paying very close attention to the climate crisis. The IPCC is the Intergovernmental Panel on Climate Change and is the United Nations body for assessing the science related to climate change. It’s written for policymakers, “to provide them with a regular scientific assessment on climate change, its implications and potential future risks, [and] to put forward adaptation and mitigation options.”

In August, the IPCC released their sixth climate assessment, calling it a “code red for humanity.” Um, gulp. From where we sit, though, there is hope. The good news is, multiple corporations and governments around the world have 2050 Net Zero plans and initiatives that are paving the way for reductions. Let’s break down some readily available solutions focusing on Georgia and Serenbe. 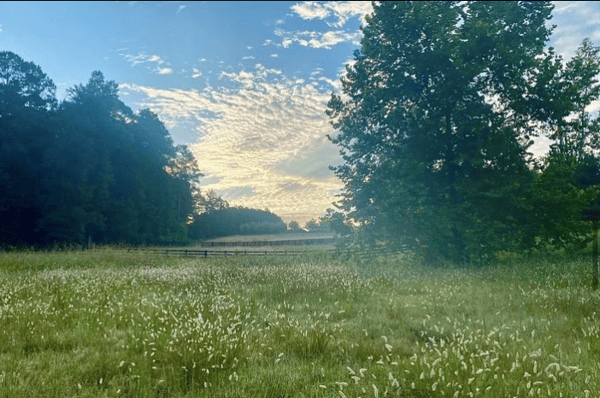 Building for a Net Zero Future

According to the Drawdown Georgia climate solutions roadmap, we can accomplish the most by focusing on emissions reductions in 5 key areas: electricity, building & materials, food & agriculture, land sinks, and transportation. Since it’s hard to envision life 30 years from now, the Drawdown Georgia research team started with a 10-year plan to reduce emissions by one-third by scaling market-ready solutions that are both achievable and cost-competitive - more good news.

Serenbe has been a champion of many of these solutions since its founding in 2004, and we continually implement new ones, highlighting many in the new Lupo Loop pocket neighborhood of Mado.

The Vision for Serenbe as a Model Net Zero Community

When we discovered what would become the Serenbe property back in the ‘90s, our early intention was to save the rural land outside of Atlanta from urban sprawl. We feared that our paradise in the woods would be turned into strip malls and cookie-cutter homes, so we set out to build a space that thrives in conjunction with nature, instead of against it. With the vision set for Serenbe, we set out to further educate ourselves on the best practices in building development, farming, and energy reduction.

A primary environmental solution we have focused on at Serenbe is protecting greenspace. And we’re not talking about a small fenced-in park with a few trees. Influenced by the English countryside, Serenbe’s neighborhood hamlets are designed based on sacred geometry principles, with buildings clustered along omega forms that result in minimal land disturbance and allow 70% of the land to remain untouched. This gives our residents the unique opportunity to walk out their back door and explore a forest full of trails, trees, and tranquility that becomes their backyard. Hamlets are connected via sidewalks and 15 miles of trails, encouraging residents to walk rather than use a car, reducing pollution and fossil fuels.

Land conservation is still the platform on which all other Serenbe development is layered, and by saving all that land as green space, the trees, forests, and farms become carbon land sinks, storing more than 1.3 million tons of carbon per year (just on 1,000 acres at Serenbe).

Serenbe’s trees also remove nearly 1,500 tons of carbon emissions each year - equal to the annual carbon emissions of 182,717 cars or 106,792 single-family homes - which means cleaner air not just for Serenbe, but also for Atlanta. 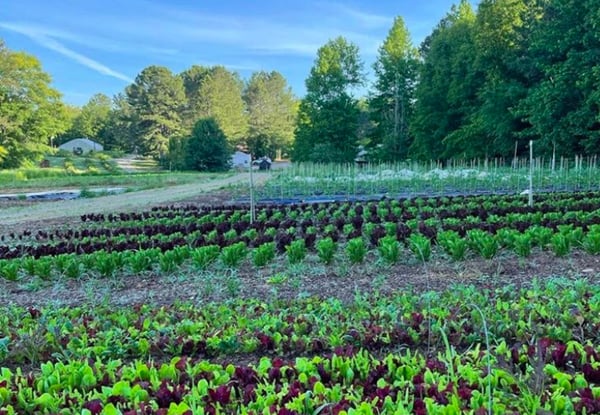 Climate Solutions in the Built Environment

Southface’s Earthcraft building certification program was brought in next to address the challenging energy, water, and climate conditions of the Southeast. This program results in better-built environments and more resilient communities, with Serenbe being recognized as one of the first Earthcraft Communities in 2005.

The Earthcraft building program reduces energy demand by 30%, which equals 1,100 lbs of greenhouse gas reductions per year, and is required for all homes and commercial buildings in Serenbe.

Local Farming: An Integral Part of the Community

The next idea was to make local farming an integral part of the community, and Serenbe kicked off the Agrihood movement in community development and is seen as a model for creating a new agrarian economy.

Twenty acres are set aside for organic farming, with close to 10 of those acres under cultivation, run by an on-site farm manager and a team that grows over 300 varieties and 60,000 lbs of produce each year to support a CSA and Saturday farmers market, as well as providing fresh food to the local restaurants.

Traditional developers have focused too little on the impact that the buildings and materials in our homes have on the environment, but Serenbe offers solutions to these challenges.

Since the beginning, Serenbe has been building with geothermal heating and cooling, utilizing the Earth to heat and cool buildings. This results in less energy use, less noise pollution (goodbye noisy air compressors), and a lower monthly utility bill.

As of 2017, geothermal is a requirement for new home builds, and the Mado hamlet became the first 100% geothermal neighborhood. This renewable energy solution reduces demand by another 30-35%, taking those homes down to 60-70% reduction in energy usage and carbon emissions, plus substantial savings on energy bills. 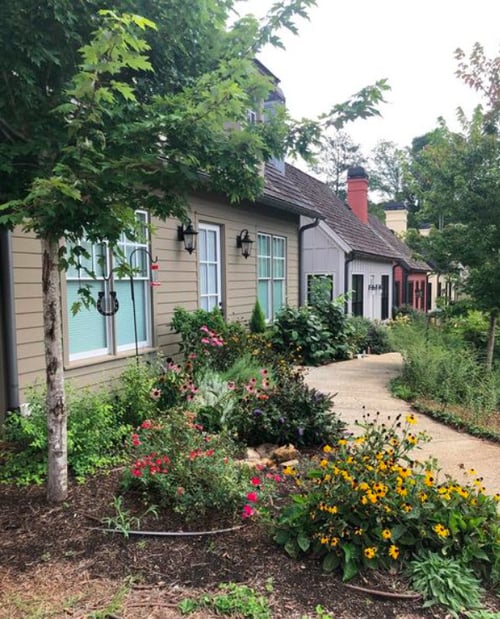 These placemaking concepts address the Drawdown Georgia-identified sectors of electricity, buildings & materials, food & agriculture, and land sinks, but what about transportation? This is tricky as Serenbe requires vehicles to leave the community due to our rural location that has no mass transit links - yet.

To combat this, Serenbe was designed to be pedestrian first, with cars as secondary citizens, unlike most suburban neighborhoods and cities across the country, where cars are the primary mode of transport. So many urban and suburban residents live without sidewalks or safe streets for walking or biking and are forced into their carbon emission-producing cars to go anywhere. However, at Serenbe, plans are in place to connect the community with the neighboring city, Palmetto, via autonomous vehicle and PATH trails that would sync into MARTA bus transit links.

Doubling Down on Renewables

Next up is doubling down on renewables by adding solar panels and battery storage to further electrify homes and make them EV-ready.

Multiple homeowners have already installed solar, and are enjoying the rewards of low- to no-electricity bills. On Lupo Loop, we are working towards 100% solar, and since these homes will already have reduced energy demand by 60%, they will only need one-third of the solar panels - saving on installation and materials, and resulting in close to net-zero energy demand.

Build a Net Zero Future With Communities Like Serenbe in Georgia

Developers have been building places for decades without the environment in mind, with much of the focus placed on individual action and finding solutions within our homes after they are built. While recycling, reducing waste, and eating locally are vitally important, it’s also necessary to actively apply climate solutions to the places in which we live. We can all make an impact and consider the homes we choose to live in before they are built, and by working towards local community solutions to reduce our carbon emissions. 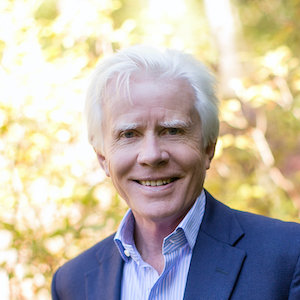 Steve Nygren is the Founder and CEO of Serenbe, a wellness community created as a model to demonstrate that preserving 70% of green space interlaced with agriculture, housing and retail is not only economically viable but the future of community wellbeing. 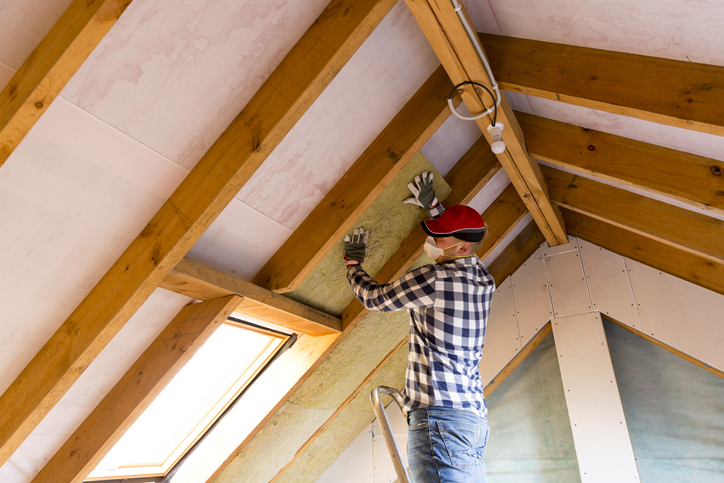 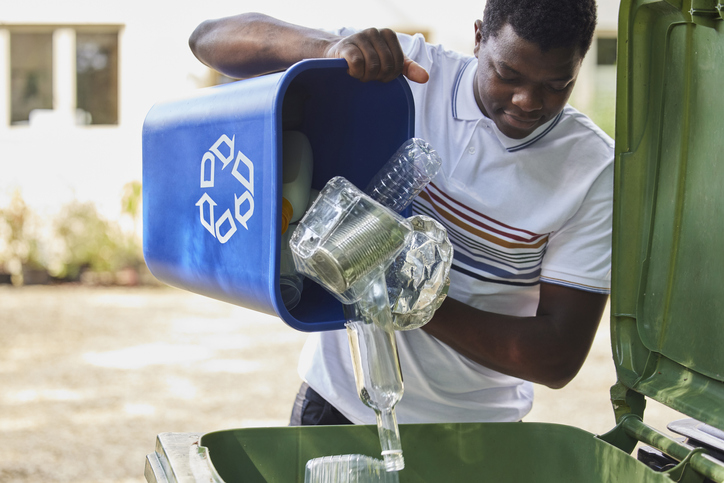 How to Recycle at Home in Georgia: 14 Tips to Reduce Emissions and Waste 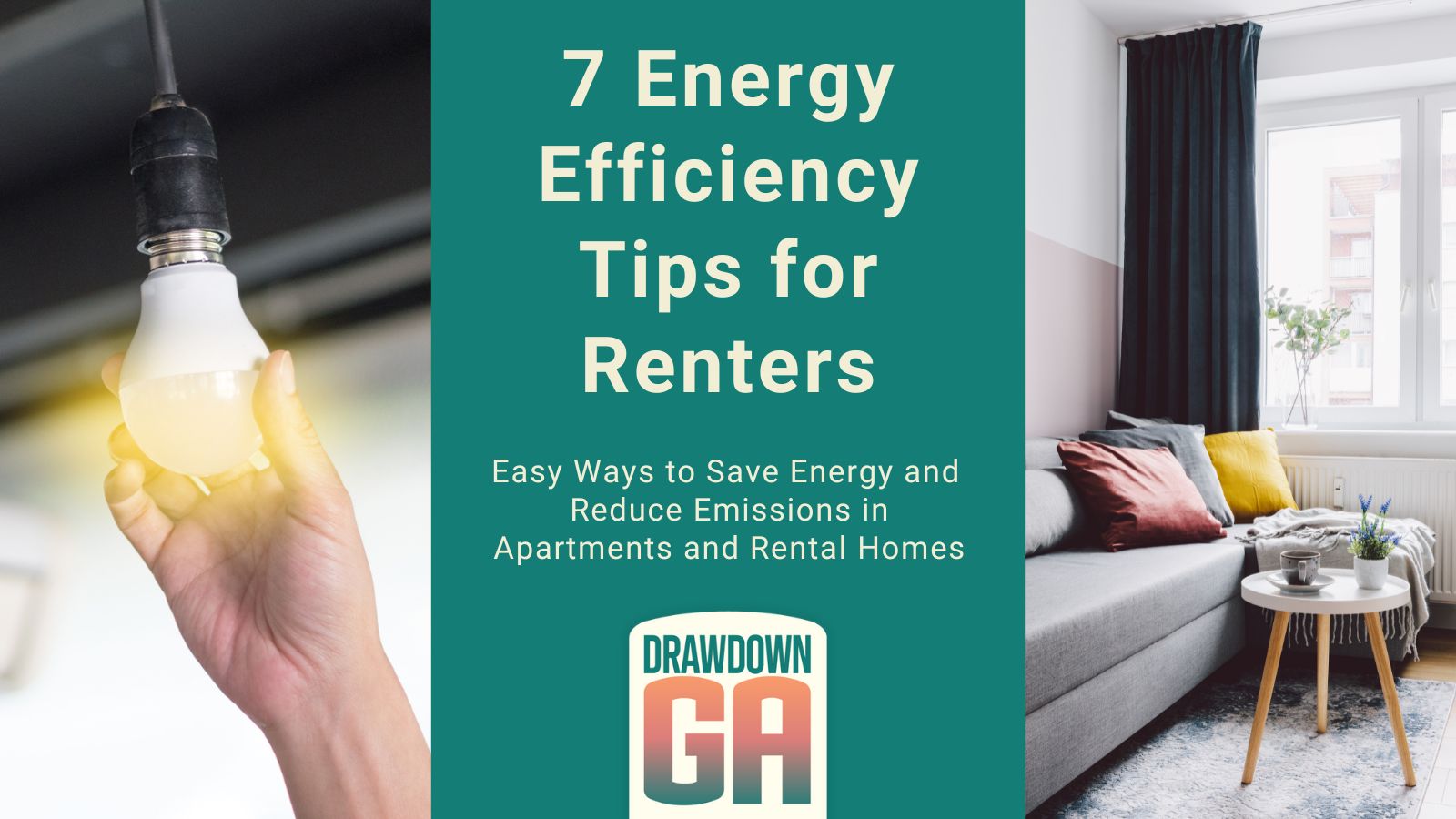