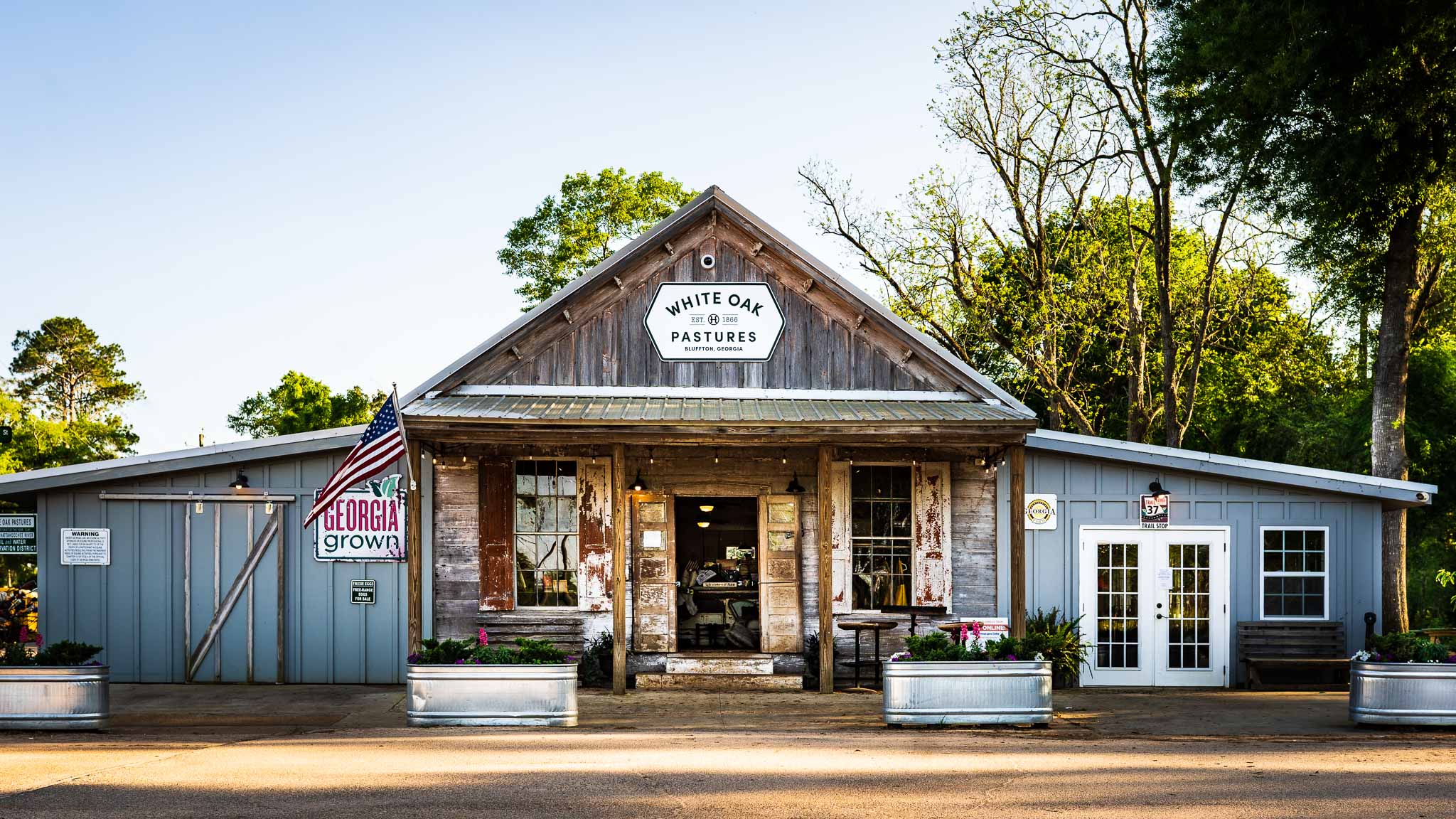 It might be difficult to believe that a single-family business in Bluffton, Ga., is helping to regenerate farmland, revive a small town, produce nutritious food for the community, and scale climate solutions in our state, but all of this--and more--is happening at White Oak Pastures.

Blair Beasley recently spoke with Jenni Harris, a member of the Drawdown Georgia Leadership Council and part of the fifth generation to raise livestock at White Oak Pastures. Keep reading to learn more about the positive impacts that Jenni and her family are having on the community and on climate. You can also watch a video of their conversation below. 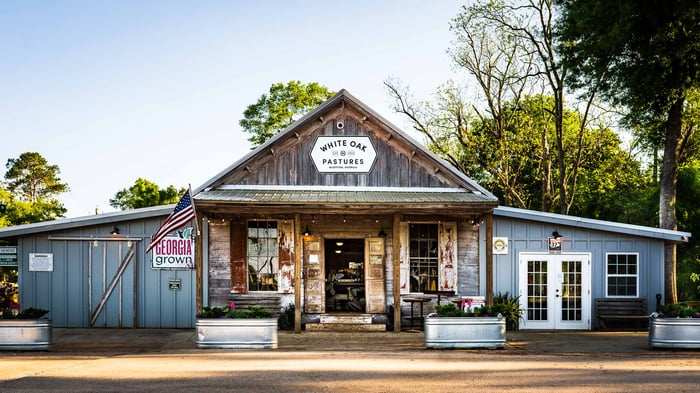 White Oak Pastures was founded in 1866 by Captain James Edward Harris, Jenni’s great-great-grandfather. In the early 20th century, the farm became more industrialized, but it was Jenni’s father, Will Harris, who recognized the unintended consequences of industrial agriculture and started to transform the farm with regenerative methods.

For the Harrises, this means embracing the cycles of nature and harnessing them to support the organic symbiosis that exists between the species of animals they raise, which helps to regenerate the land and build the health of the soil at the same time. These farming methods are even helping to regenerate the surrounding community, which Jenni believes suffered as much as the soil did from counterproductive industrial agriculture practices.

The Harris family currently pasture raises 10 species of livestock, including grass-fed cattle, goats, sheep, chickens, turkeys, ducks, geese, guineas, hogs, and rabbits. In addition to pasture raising livestock, the farmers also process, slaughter, and butcher on the farm. White Oak Pastures products are marketed and distributed to grocery stores like Whole Foods, Publix and Kroger, as well as to individual consumers through whiteoakpastures.com.

Conventional meat production methods are responsible for twice as many greenhouse gas emissions as plant-based foods worldwide. How do the regenerative methods employed by White Oak Pastures compare?

In 2018, environmental research and design firm Quantis conducted a Life Cycle Assessment on White Oak Pastures’ beef to determine its carbon footprint. The study included emissions from the cattle and their manure, farm activities, slaughter and transport, and carbon sequestration through soil and plant matter.

The result? Quantis found that for every pound of White Oak Pastures beef sold, 3.5 pounds of carbon dioxide equivalent is sequestered, making the farm a carbon sink, and, Jenni believes, demonstrating that conservation agriculture can be a legitimate option to help solve for climate change.

Grazing at a Large-Scale Solar Installation in Georgia: A Win-Win

One of the most exciting things happening at White Oak Pastures is a new partnership with Silicon Ranch to test out solar grazing. When Will Harris learned that Silicon Ranch was planning to build a new large-scale solar installation next to the family’s farm, he reached out to the company to explore the idea of managing the vegetation beneath the solar panels naturally by allowing livestock to graze on the land.

Now, the panels above harvest sunlight to produce clean electricity while the animals graze below. The animals provide natural fertilizer, eliminate the need for mechanical mowing, help control erosion, and build the health of the soil to sequester additional carbon. This unique symbiotic relationship keeps the land in agricultural production while also providing clean electricity.

Want to learn more about White Oak Pastures? Watch the complete recording of this can’t-miss conversation with Jenni Harris below. Food & Agriculture
Building a Biophilic Movement: Three Examples of Biophilic Urban Spaces
Measuring Climate Solutions in Georgia: What is a Megaton of Carbon? 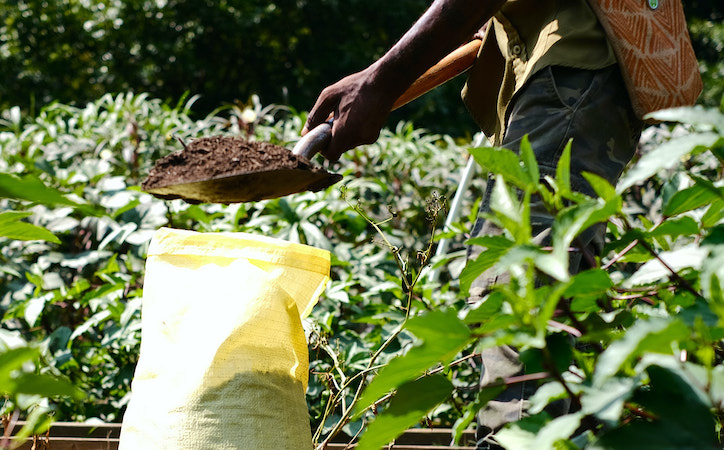 How to Compost at Home in Georgia 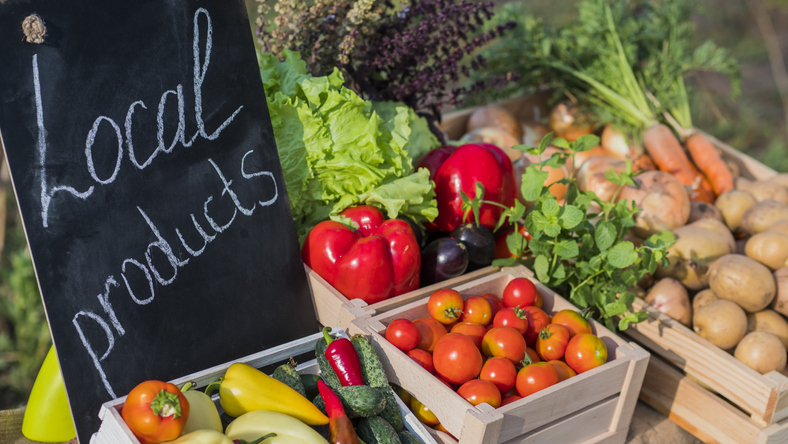